INSPIRED BY MOTHERS AND GRANDMOTHERS EVERYWHERE.

Growing up in New Orleans, the Figueroa brothers were surrounded by the enticing aromas and flavors of Caribbean, African and European cuisines. They were also inspired by all the extraordinary women in their lives. Their mother was a gourmet cook and from her they developed a passion for international cuisine. The young brothers learned the importance of balancing spice and flavor—and putting a lot of love in everything they made. Now, Fig Bros' goal is to inspire everyone to get creative in the kitchen! With a dash here and a splash there, it’s easy to add a world of flavor to any meal.”

So who is Melinda? “Melinda represents all of the women who have shared their passion for cooking and food and family,” explains Greg Figueroa.
“She symbolizes mothers and grandmothers all around the world who make food with love!”

This passion for food and flavor took the brothers around the globe, eager to experience new ideas and to be inspired by new ingredients. It wasn’t long before they decided to share their passion and create their very own hot sauces. In 1989, Melinda’s hot pepper sauces were introduced and they set the culinary world on fire! It was the first brand to truly balance fire and flavor. The first brand to introduce America to the habanero chile pepper, and the first to introduce a pepper sauce with a variety of heat levels.

The Figueroa Brothers’ early success was recognized locally and nationally in the press, and by October 1992, at the ages of 24 and 25, they were featured in Entrepreneur Magazine’s “40 under 40” issue. Dave DeWitt, known as the “Pope of Peppers” for his knowledge of all things spicy said, “The Figueroa Brothers have done more for the promotion of the habanero pepper than any other company. They made the habanero a household word.”

Tireless to create, the brothers never rested on their laurels and as the years passed, they created new sauces featuring chile peppers from around the world. Each sauce crafted to balance the heat and flavor perfectly. All with no artificial preservatives or colors, no gluten and no GMOs.

So let Melinda’s hot pepper sauces inspire you to get creative in the kitchen! With a dash here and a splash there, it’s easy to add a world of flavor to any meal. 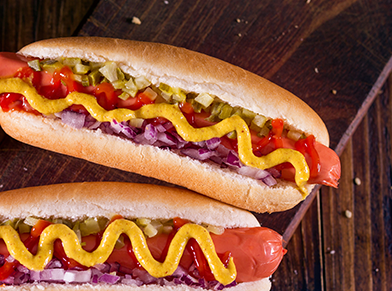 Search for a product

Your product is added to cart

Are you sure, you want to delete this card?

Your cart is empty.